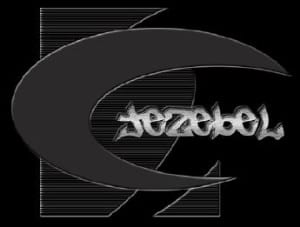 Jezebel is like your Queen, she is the person that your life will be based
around.   She is a 1 trigabyte virus.   Nobody will ever be
worthy of her, but your goal is to make her happy, by infecting the smaller
computers that she can’t fit on.   Your goal is to become a 1 gigabyte
virus.   Each time you attempt to go up a level, and are ready
for it, Jezebel will ask you to answer a riddle for her.   You only
get one chance per day, so if you guess wrong, you’ll be stuck on your level
till tomorrow. Wow now that’s a story.
The following is a small list of what has been added to Jezebel v2.4
Win32/DOS/OS2.   For a full list please download the current version and
figure it out your self. =P   Hey I can’t do it all for you now can
I.   I know you would like me to but welcome to the real world.

Here are some features of Jezebel

Jezebel was originally a door game that was created by
Unabonger, the author of Sim-BBS.   It was once a shareware game that
later became freeware over a period of time.   After a few years
of coding it on and off, he released the source and the game as open-source with
the understanding that anyone that modifies the source and releases the game
must also release the updated source with it.   Dream Master got a
hold of the source after playing it on a bbs and having the last version v1.3
on his bbs Dreamland and thought it would be a cool game to convert to
door32.sys so more if the new software that support it could play the game and
it would have new life.   While on IRC in #mysticbbs he was talking
to zoob who is currently the developer of Sim-BBS today.   He started
talking about he found the source and he wanted to port it to
door32.sys.   Zoob contacted Unabonger via e-mail to ask if we could
continue development on it without having to release our source.
The thumbs-up was given and this is what we have come up with.

Here are a few screen captures.

If you get a run time error 103 simply delete the maint.dat